One of Today’s Most Unpredictable Cons of Offshoring Your Manufacturing 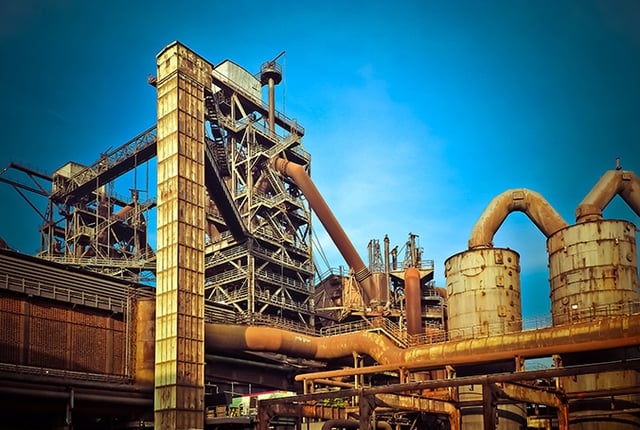 China is Earth's largest producer and consumer of steel, so price fluctuations can send ripples around the world. These price hikes -- and U.S. President Donald Trump’s threats to punish those who buy from the Chinese -- could lead to long-term good news for engineers who work with steel.

Cons of Offshoring: The Problem in China

Beijing announced in March plans to slash steel capacity by 50 million metric tons in 2017 as a response to excess supply and pollution. Experts say the prospect of limited steel is pushing Chinese prices up.

Higher prices translate to increased costs for engineers and buyers that rely heavily on steel imports. If that includes your company, you may want to reconsider whether offshoring is a good idea.

Trump has said he will try to fix what he considers a crisis of industry.

As such, Chinese steel products could continue to get more expensive depending on Trump’s unannounced actions -- if and when they happen. Engineers and buyers who’ve been outsourcing their metal manufacturing are starting to look at American companies again because of the import tariffs Trump is hanging over China.

Trump’s “America First” goal, of course, is to give American manufacturers a helping hand in offering a competitively priced product.

“Steel is a big problem. I mean, they’re dumping steel. Not only China, but others. We’re like a dumping ground, OK? They’re dumping steel and destroying our steel industry. They’ve been doing it for decades, and I’m stopping it.”

The Argument Both Ways

Not all agree a tariff is the correct solution. Some experts and leaders -- here and abroad -- argue the tariffs could backfire, hurting American businesses without doing much to revive the Rust Belt. Retaliation by exporters like China hit by the tariff would be a near-certainty, they say.

But steel industry leaders are for the move. American steel producers would benefit from higher prices, and steel stocks are already rising considerably based on these hypotheticals.

Barbara Smith, president of Texas steel producer Commercial Metals Co., said in May her company has closed 30 U.S. locations since 2008 and let go of 4,000 workers because of foreign competition. High prices for American steel and increased foreign competition have indeed caused a big decline in U.S. steel jobs. There are about 385,000 jobs in 2017; there were 624,000 in 2000.

That’s not all: A group of steel industry leaders wrote a letter to Trump in late August stating steel imports were threatening their ability to meet national security needs.

Ex-President Barack Obama’s administration imposed a 500% tariff on some Chinese steel in 2016 to fight price issues. The move caused Chinese steel exports to the U.S. to plummet almost two-thirds. Now the industry waits for Trump’s move.

Is Cheap Worth It?

But there’s more to cost than just ordering the cheapest part possible. Offshoring to save a few bucks may mean you have to deal with: