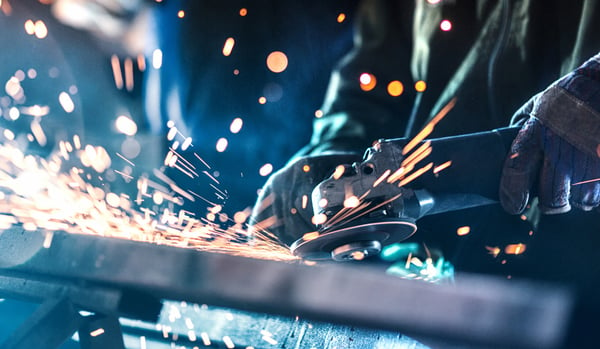 For just about any metal fabrication project that requires cutting, laser cutting and die cutting are going to be at the top of the list for OEMs. The modern advances of laser cutting offer numerous advantages, while die cutting still serves as the backbone of many large production runs due to its tried-and-true reliability.

Which cutting method you choose should be based on your project’s specific needs. With that in mind, let’s pit laser cutting vs. die cutting!

Laser cutting uses an industrial-strength laser guided by a computer. The laser vaporizes, burns, or melts whatever is in its path. This leaves a smooth finish and a clean cut.

Die cutting uses a metal die to cut material. Each die is designed to perform a specific cut and is used repeatedly to make the same type of cut in each new piece of material.

The cost of laser cutting depends on the type of material and the amount of material being cut.

Because laser cutting is quick to set up, it’s cost-efficient for creating prototypes. Laser cutting machines can be pricey, however, and may not be as cost-effective for large-volume production. Of course, up-front costs aren’t an issue if you’re outsourcing your laser cutting to a contract metal manufacturer.

Die cutting has higher initial costs because dies typically have to be created on a project-by-project basis. Once those dies are created, though, they become cost-efficient due to their durability and speed. They can often cut over 10,000 impressions before requiring sharpening.

One of the main advantages of laser cutting is that it can cut intricate patterns that would be difficult or impossible for a die cutting machine to pull off. We’ve been hypnotized on more than one occasion by the steady glide and pattern of the laser slicing through the material.

Lasers can be converted to new tasks quickly and efficiently. The technology for lasers is new and advancing as well, so it’s likely to improve further over time.

A die cutting machine can handle large-volume runs more easily than a laser cutting machine. Dies can also cut materials that may be difficult or impossible for lasers to cut.

The quality and accuracy of a laser cutting are top-notch. When you want the cleanest, most accurate cut possible, you go with laser cutting.

Die cutting can produce quality cuts. Still, they often require finishing to remove burrs and irregularities in the cut.

Laser cutting can produce parts at a relatively quick rate, especially compared to hand cutting. But the technology is not as fast as die cutting yet, mostly because lasers must be adjusted for each cut.

Die cutting is faster than laser cutting. It takes longer to create a die than it does to get a laser cutter up and running, but once the die is ready it can be used repeatedly at a rapid rate.

Laser cutting is improving in speed and volume, but it is still best suited for low-volume projects at this point. This is another reason to outsource your laser cutting services.

Die cutting is the process of choice for high-volume projects.

Which is Right for You?

Laser cutting services, being the more advanced process, offer a lot of advantages over die cutting. Still, they aren’t perfect for every application.

If you need a high-volume order, die cutting may still make the most sense financially. However, if you want accuracy and minimal prep time, laser cutting is a clear winner.

For more information on laser cutting, waterjet cutting, and other metal manufacturing services, check out our blog.