Square Tubing Vs. Round: Tube Bending 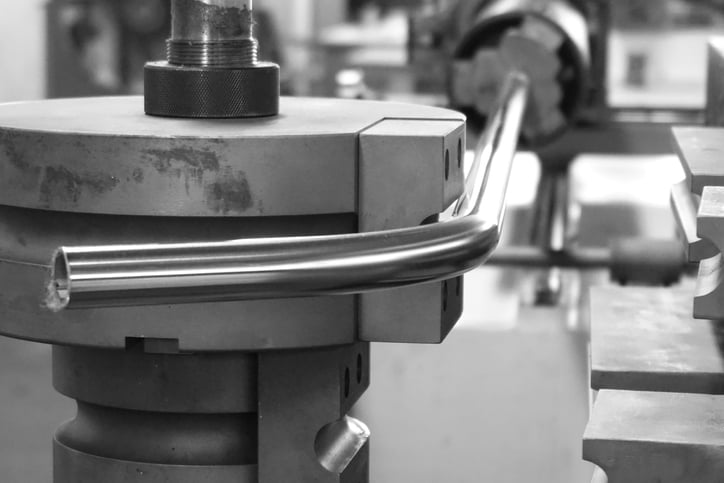 While metal tubing can be formed into a variety of shapes, square and round tubing are the two most common across a variety of applications.

But which shape is best when bent?

To get the answer isn’t as simple as looking at the space a tube will be installed in or only considering what purpose a tube will serve.

While shape is the obvious difference, there are some key factors to consider when deciding which tubing style is best after its bent and later put into use.

Square Tubing Vs. Round: Which Shape is Optimal for Bending?

When comparing square tubing vs. round tubing, there are three important elements to consider:

Though its shape doesn’t lend itself to the perception of being a tube, square tubing does fare better in certain applications. Because of its flat surfaces, square tubing can easily have bolts and other objects affixed to it. It can also be fabricated to get much closer to nearby objects, making for less wasted space.

Like its cylindrical counterpart, square tubing has a variety of applications. It’s often used in fencing, railings and in building construction.

Square tubing requires more work to manufacture, though it doesn’t require as much specialized measuring when compared to round tubing.

Metal coils are processed through a series of dies into one, flat sheet. The metal is later bent four times and welded from the inside to form a square shape.

Its vertical edges coupled with the way it distributes tension causes square tubing to lose some of its strength when under pressure. Stress on square tubing makes it more susceptible to distortions such as rippling and buckling.

Square tubing is more likely to give way under pressure than round tubing.

However, its shape does allow for better fabrication -- it’s much easier to cut and weld into specific shapes to fit unique spaces.

When most people think of tubing, they immediately think of a circular-shaped piece. For good reason, too -- round metal tubes are used in a wide variety of applications, but it’s most commonly used for moving fluids.

Because of its shape, round tubing requires less material to produce, making it weigh less and cost less to manufacture. Coils of metal are processed into a sheet and formed into a circle before being welded.

Round tubes are also much easier to thread, seal, and insulate.

Unlike rectangular tubing, round tubing has one continuous surface with no edges. When put under stress, pressure is evenly distributed. This reduces the chance for unwanted bends, breaks, and crimping.

Compared to rectangular tubing, cylindrical tubing is stronger as it has no weak points from corners and consistent strength along its interior and exterior surfaces. It’s also more resistant to flexing and torsional twisting under weight.

Round tubing is optimal for bending and shaping.

Because of its cylindrical shape, metal flows evenly in all directions as it’s being bent. Bent properly, there’s little risk for concaving or distortion.

So Which is Best for Bending? Square Tubing or Round?

The simple answer to this question: Round tubing is ideal for bending.

Its strength and formability makes round tubing the clear winner over square tubing. Other attributes, such as ease of manufacturing and fabrication, make it an attractive option.

However, when considering which shape tube to use it’s important to remember: Every project and application is different.

When manufacturing costs, strength, and bendability are key concerns for a project, round tubing is the clear choice.

In some applications, square tubing makes more sense -- especially when you’re installing it in places where tube shape matters. Think: a tight space with sharp turns, such as the inside of an appliance.