The Tappan Zee Bridge, which spans the Hudson River between Rockland and Westchester Counties, is one of the state's most impressive works of infrastructure. It's also one of the most highly trafficked Hudson River bridges, and the most impressive. However, it's also very old and its integrity, traffic jams, and other issues have forced the state to construct a second Tappan Zee Bridge.

We are very excited to have a hand in the construction of the new bridge. If you ever find yourself crossing the New Tappan Zee Bridge, you will be driving over, under, and next to McHone Industries' tubular steel.

10 Things You Didn't Know About the Tappan Zee Bridge

1.  It's the longest bridge in the state of New York.

Like the title says, the Tappan Zee Bridge is the longest bridge in New York. It stretches 16,013 feet (just a little over three miles) though it's far from the widest bridge in the state (only 90 feet wide).

2.  The TZB is getting an upgrade.

The Tappan Zee Bridge is going to be a big brother. Construction is under way for the New Tappan Zee Bridge, and the new bridge is expected to be complete in 2017. McHone Industries has already contributed an order of schedule 40 pipe to the project. The original bridge is scheduled for decommission this year, 2016.

3.   The Tappan Zee is infamous for its delays.

Although the Tappan Zee isn't the most highly trafficked bridge in NYC (approximately 135,000 vehicles cross each day), its thin span and extreme length make for some of the worst traffic jams in the state. These jams are only one reason for the construction of the New Tappan Zee Bridge a few yards up river.

Delays on the Tappan Zee Bridge and its sister Hudson River bridges cost commuters over $1,700 and 35 gallons of gas annually. (A&M Transportation Institute)

4.  It wasn't supposed to last this long.

The original Tappan Zee Bridge was only supposed to last 50 years. Construction finished in 1955, which means it's already 10 years past its expiration date. Many commuters and state officials are concerned about the old bridge's integrity, another reason for the construction of the new bridge. 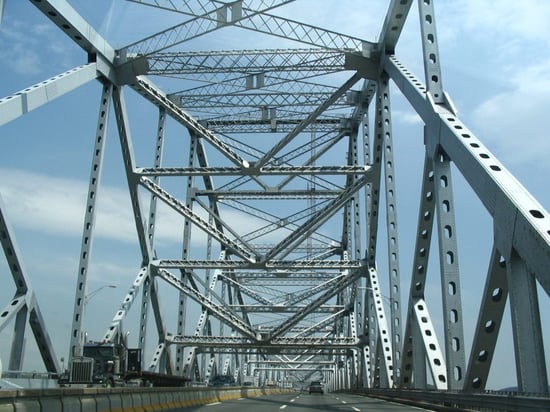 5.  It's sometimes called "The Golden Gate Bridge of the East."

But not for the reasons you'd expect. Among the obvious claims to fame, the Golden Gate Bridge is also infamous for its suicide rate.

The original Tappan Zee was the site of a well-known infamous series of suicides. In 1994, Scott Douglas murdered his wife, drove to the bridge, and leapt to his death. 15 years later, their daughter Annie Morrell jumped from the same bridge and ended her life.

From 1998-2008 alone, more than 25 people committed suicide off the Tappan Zee. The new bridge will have multiple safety measures in place to prevent future tragedies.

6.  It's also been nicknamed the "Hold Your Breath Bridge."

The Tappan Zee's instability makes every crossing an exciting one. According to bridge engineers, even a small environmental disaster could spell the premature end of the TZB. 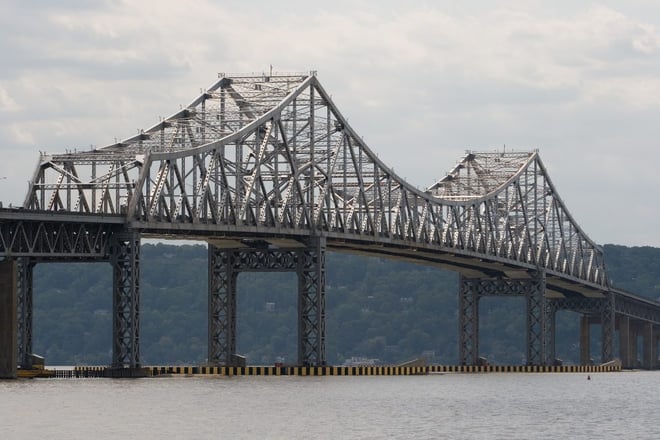 McHone Industries contributed a large order of schedule 40 pipe to the new bridge. Once the bridge is opened in 2017, there will be a little bit of us in every crossing.

If you want to know more about the New Tappan Zee Bridge Project, the Tappan Zee Construction website has a bunch of great info.

If you're interested in tubular steel for your own industrial or commercial project, check out this guide to metal tubing shapes and sizes.